This is NOT the Time to be SILENT 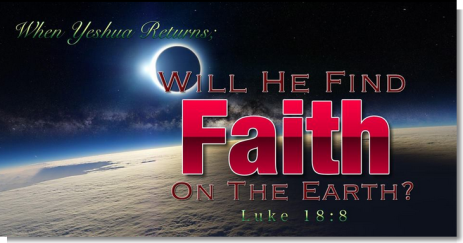 I do believe God answered the prayers of the righteous through the election of President Trump. We have been granted some time to move forward; some breathing room, as President Trump is a friend to Christians and Israel. What we do during this time is important. This is not a time to rest.

Here, in the United States, we are being hit from every side, evil is being exposed, the wicked are drunk in their sin, The spirits of hate, lust, greed, lies, and corruption… lawlessness; cover our nation like a dark cloud, defiling everything and everyone it comes into contact with.

But it doesn’t stop with the United States, the attack is worldwide; pediphilia, crimes against children and the unborn, wars, famine, strange weather (volcanic eruptions, fires, floods, earthquakes, droughts) and it is increasing.

Sin is in the church, the Gospel message is being watered down across the pulpit, itching ears are being served a “feel good” message where there is no longer a call to repentance. Those who were once on fire for the Lord have silenced themselves and opted for entertainment rather than the Word of God and have become so lukewarm they border cold; having walked away from the call of God on their life, they have neglected the only One Who brings salvation. Their hearts have grown weak and instead of repenting and returning to their first love, they have sought after the counterfeit to numb them; addictions, entertainment, unholy relationships…  then when this proves to be empty, leaving them in a worse state than before, many turn to suicide, but it all leads to death.

For those of us who know Jesus, this is not a time to be afraid, this is a time to look up and to get on our knees and plead for souls. This is not the time to get lax, but to put on the full armour of God and wage war in the heavenlies for our nation(s) and souls. 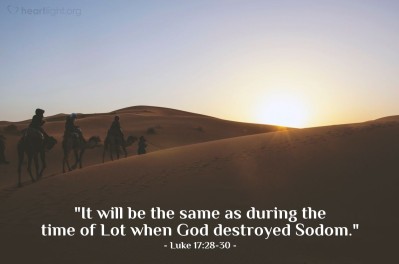 Then the men got up from there, and looked toward Sodom; and Abraham walked with them to send them on the way.  The Lord said, “Shall I keep secret from Abraham [My friend and servant] what I am going to do,  since Abraham is destined to become a great and mighty nation, and all the nations of the earth will be blessed through him? For I have known (chosen, acknowledged) him [as My own], so that he may teach and command his children and [the sons of] his household after him to keep the way of the Lord by doing what is righteous and just, so that the Lord may bring upon Abraham what He has promised him.”

And the Lord said, “The outcry [of the sin] of Sodom and Gomorrah is indeed great, and their sin is exceedingly grave.  I will go down now, and see whether they have acted [as vilely and wickedly] as the outcry which has come to Me [indicates]; and if not, I will know.”

Now the [two] men (angelic beings) turned away from there and went toward Sodom, but Abraham remained standing before the Lord.  Abraham approached [the Lord] and said, “Will You really sweep away the righteous (those who do right) with the wicked (those who do evil)?  Suppose there are fifty righteous [people] within the city; will You really sweep it away and not spare it for the sake of the fifty righteous who are in it?  Far be it from You to do such a thing—to strike the righteous with the wicked, so that the righteous and the wicked are treated alike. Far be it from You! Shall not the Judge of all the earth do right [by executing just and righteous judgment]?”

So the Lord said, “If I find within the city of Sodom fifty righteous [people], then I will spare the entire place for their sake.”

Abraham answered, “Now behold, I who am but dust [in origin] and ashes have decided to speak to the Lord.  If five of the fifty righteous are lacking, will You destroy the entire city for lack of five?”

And He said, “If I find [at least] forty-five [righteous people] there, I will not destroy it.”

Abraham spoke to Him yet again and said, “Suppose [only] forty are found there.”

And He said, “I will not do it for the sake of the forty [who are righteous].”

Then Abraham said [to Him], “Oh, may the Lord not be angry, and I will speak; suppose thirty [righteous people] are found there?”

And He said, “I will not do it if I find thirty there.”

And he said, “Now behold, I have decided to speak to the Lord [again]. Suppose [only] twenty [righteous people] are found there?”

And the Lord said, “I will not destroy it for the sake of the twenty.”

Then Abraham said, “Oh may the Lord not be angry [with me], and I will speak only this once; suppose ten [righteous people] are found there?”

And He said, “I will not destroy it for the sake of the ten.”

As soon as He had finished speaking with Abraham the Lord departed, and Abraham returned to his own place.

My friends, my brothers and sisters, church… Rise up! Be bold! Do not be afraid! If you love God then you will love people as He loves them, willing to die for them so they may live!

However, when the Son of Man comes, will He find [this kind of persistent] faith on the earth?” Luke 18:1-8

← IS THERE A WORD FROM THE LORD FOR THIS HOUR?
No Compromise →

The Distance, A Runaways Journey to Salvation

Meet Sarah, a young runaway searching for a place to belong and for someone to love her. Rejected and unloved, will she answer the whisper of the One who is calling her home? 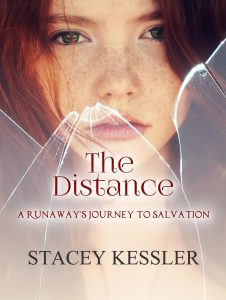